× Warning! Your Browser is not fully supported by TIXBOX. Some parts of TIXBOX will not work and you may experience problems.
If you are having problems, try Google Chrome. 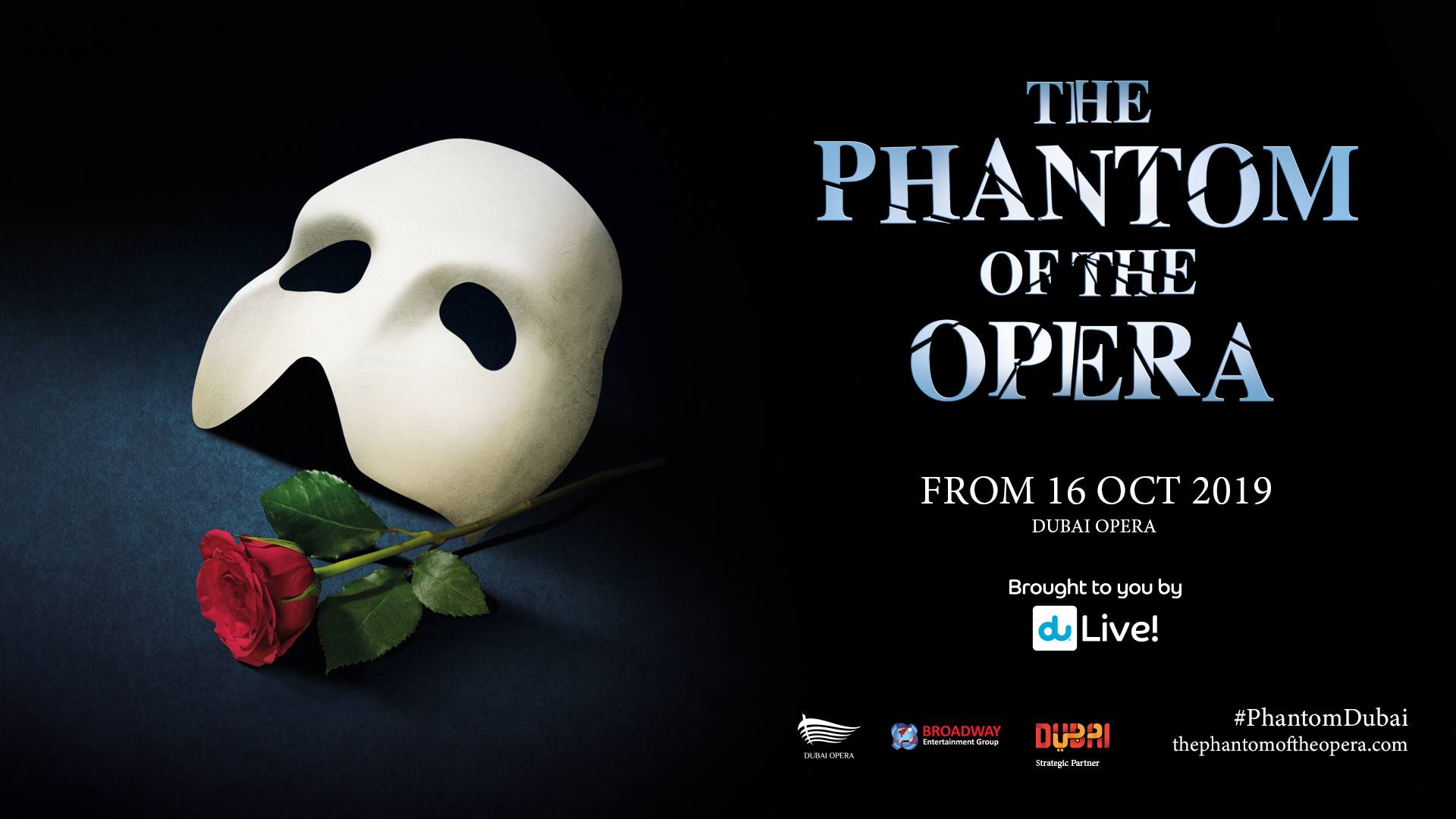 The Phantom of the Opera

The world’s most popular musical, The Phantom of the Opera will make its premiere in Dubai for a limited season at Dubai Opera from 16 October, 2019.

With 130 cast, crew and orchestra members, jaw-dropping scenery, breathtaking special effects and more than 230 costumes by the late international designer Maria Bjornson, The Phantom of the Opera contains some of Andrew Lloyd Webber’s most famous and stirring music, including “The Music of the Night”, “All I Ask of You”, “Think of Me”, and“The Phantom of the Opera”. The original cast recording, with over 40 million copies sold worldwide, is the best-selling cast recording of all time.

Based on the classic novel Le Fantome de L’Opera by Gaston Leroux, the haunting story of The Phantom of the Opera tells the tale of a musical genius known only as the Phantom who haunts the depths of the Paris Opera House. Mesmerised by the talent and beauty of a young soprano, Christine, the Phantom lures her as his protege and falls fiercely in love with her. Unaware of Christine’s love for Raoul, the Phantom’s obsession sets the scene for a dramatic turn of events where jealousy, madness and passions collide.